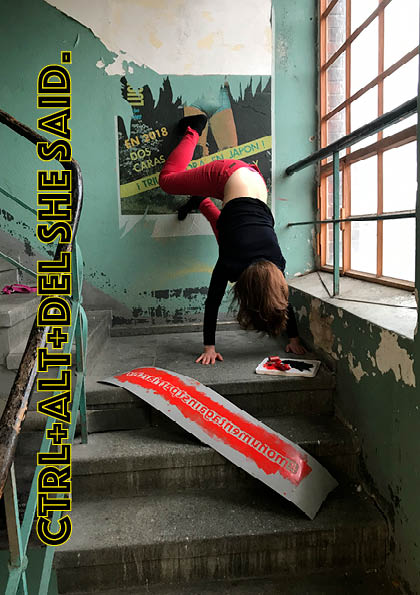 Lisa Glauer and Magdalena Kallenberger have undertaken a search for the #monumentagainstpatriarchy. As feminist artists and researchers, they assume that such monuments have existed in different forms worldwide, but were always hidden, removed, or buried. Before hegemonic historiography and knowledge production solidified in its present form, there was a time in which monuments were (im)material things that commemorated forms of exchange rather than histories of violence and inequality. In contrast to conventional notions of the monument as materialized memorials of (primarily masculine) heroism, the artists’ search is based on ideas, manifestos, stories, images, and moving objects that recall collective development and creation. What traces did the artists encounter? Which stories do they tell us? And, since they aim for structural change, how can their (new) interpretation be understood as visionary? Which new monuments against the patriarchy allow themselves to be imagined and what purpose should they fill?

Lisa Glauer has worked for several years on artistic research for the collaborative project GedenkOrt.Charité, particularly regarding the former women’s clinic in light of National Socialist crimes perpetrated within the framework of the hospital institution Charité. She made the stories and fates of doctors and patients visible (once again) and publicly acceptable. Moreover, she convincingly traces how patriarchal and misogynistic institutional structures continue into the present – as experienced through her own body. In her work The Public!! from the series Looking at Lookers she uses an archival photos from a reading in the women’s clinic from the 1960s, which serves as a model for the large-format linoleum cuts. These show the public, which is listening to the gynecology professor (who generally tends to be positioned higher and male). In the gallery space, the visitors adopt the position of the professor and are confronted with the authoritative role of power and knowledge ascribed to them. What kinds of gestures, gazes, movements, and habitus does this social position demand within dominant structures of the past and present? To what extent is it possible or even desired to break out of and infiltrate patriarchal regimes of action and the gaze. The video projected on the opposite wall, Doin’ the Habitus (Slut’r Dykes Handtaschentheorie), a short improvisational performance, which was filmed in the former women’s clinic at Charité, can be understood as a helpful introduction: “YouToo can do Habitus!”. The open printing workshop also offers visitors the possibility to share their experiences with “Broaching the Next Man Suit Barrier” (L. Glauer), as well as to immortalize their visions beyond these conditions in linoleum as monuments against the patriarchy.

Magdalena Kallenberger deals with feminist manifestos from recent decades and the demands contained therein during different eras, which are continually formulated anew – most of them unfulfilled and buried in archives, which themselves seem to have fallen prey to ravages of time. It literally goes up the walls: because most of the current demands against inequality, racism, classism, sexism, and heteronormativity have long been raised in different eras and contexts by myriad courageous forerunners. Why is there hardly any connection to past experiences, demands, and struggles? Kallenberger’s examination of the demands of the women’s movements of the last 150 years forms the foundation of her appropriately named photo-text installation Crawling (Up) the Walls. She connects personal experiences and observations with collected everyday commentary from women in a text collage. The four staged photographs show the artist “going up the walls” – in the face of a series of objects like sausages, cucumbers, and eggs, which as satirizing sexualized placeholders reference the artist’s rage about ongoing patriarchal structures and the resulting social injustices. Moreover, in their extreme staging of poses, objects, and attributions of meaning, the photocompositions become monuments themselves and simultaneously, with their staged poses, a satire of traditional personified monuments.

The artists turn the gallery space into a laboratory, workshop, archive, and space for interaction and presentation. In the works on view they materialize the results of their research thus far on the #monumentagainstpatriarchy and invite viewers to participate in “processes of excavation and exposure” with their own ideas, found monuments against the patriarchy, and the creation of linocuts.

#time is Up #monumentagainstpatriarchy #intersectionality #feminism 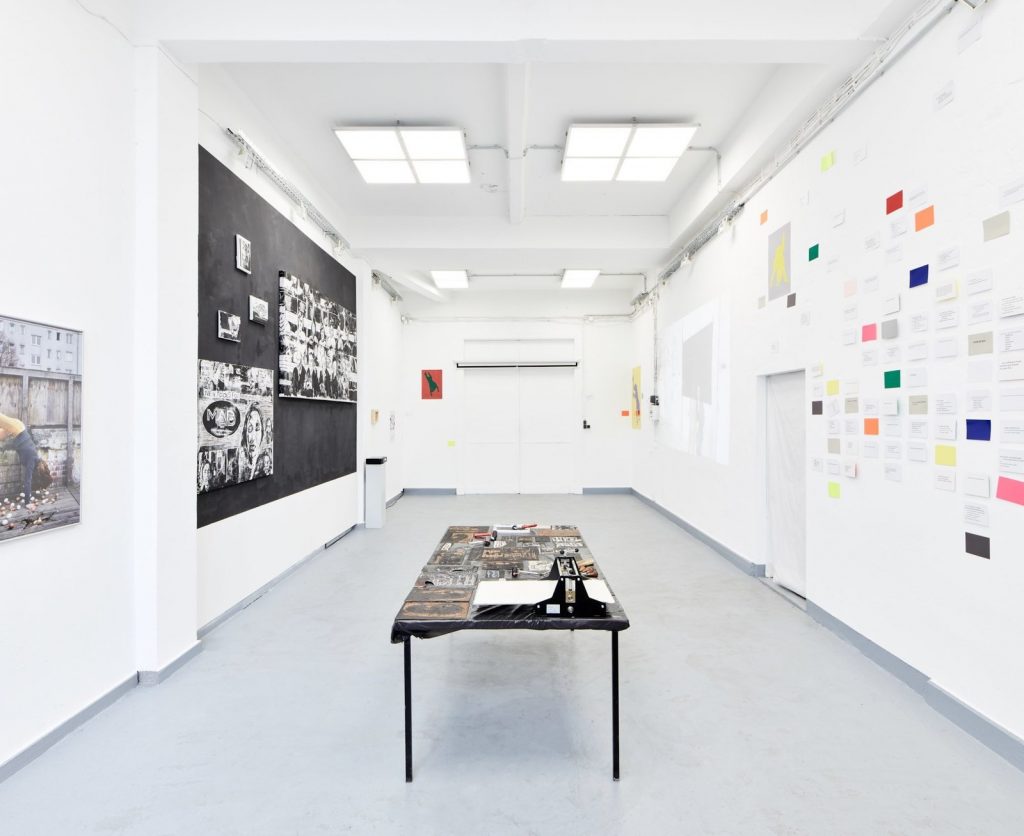