alpha nova & galerie futura is a Berlin-based art space for exhibitions and cultural events with a decidedly emancipatory and feminist perspective, founded in 1986. alpha nova & galerie futura focuses on collaborations with women artists and FLINTA*, creating a space for linking political intervention and artistic practice in order to develop critical standpoints for artistic and academic communities, as well as for society at large. Every year, up to five exhibitions with visual arts of all genres are realized in cooperation with the participating artists as well as other partners and collaborators. Events like film screenings, performances, concerts, readings, lectures, and talks as well as thematic workshops and round-table discussions for and with women cultural producers complement the program. We regularly work and collaborate with various local, national and international partner institutions and individuals. alpha nova & galerie futura offers coaching and support in conceptional work and networking for FLINTA* in the artistic fields. Focus: Feminisms, postcolonialism, intersectionality, conceptual and investigative approaches, collaborative work, art as knowledge production, research as artistic format. *FLINTA stands for Female, Lesbian, Inter*, Trans* and Agender 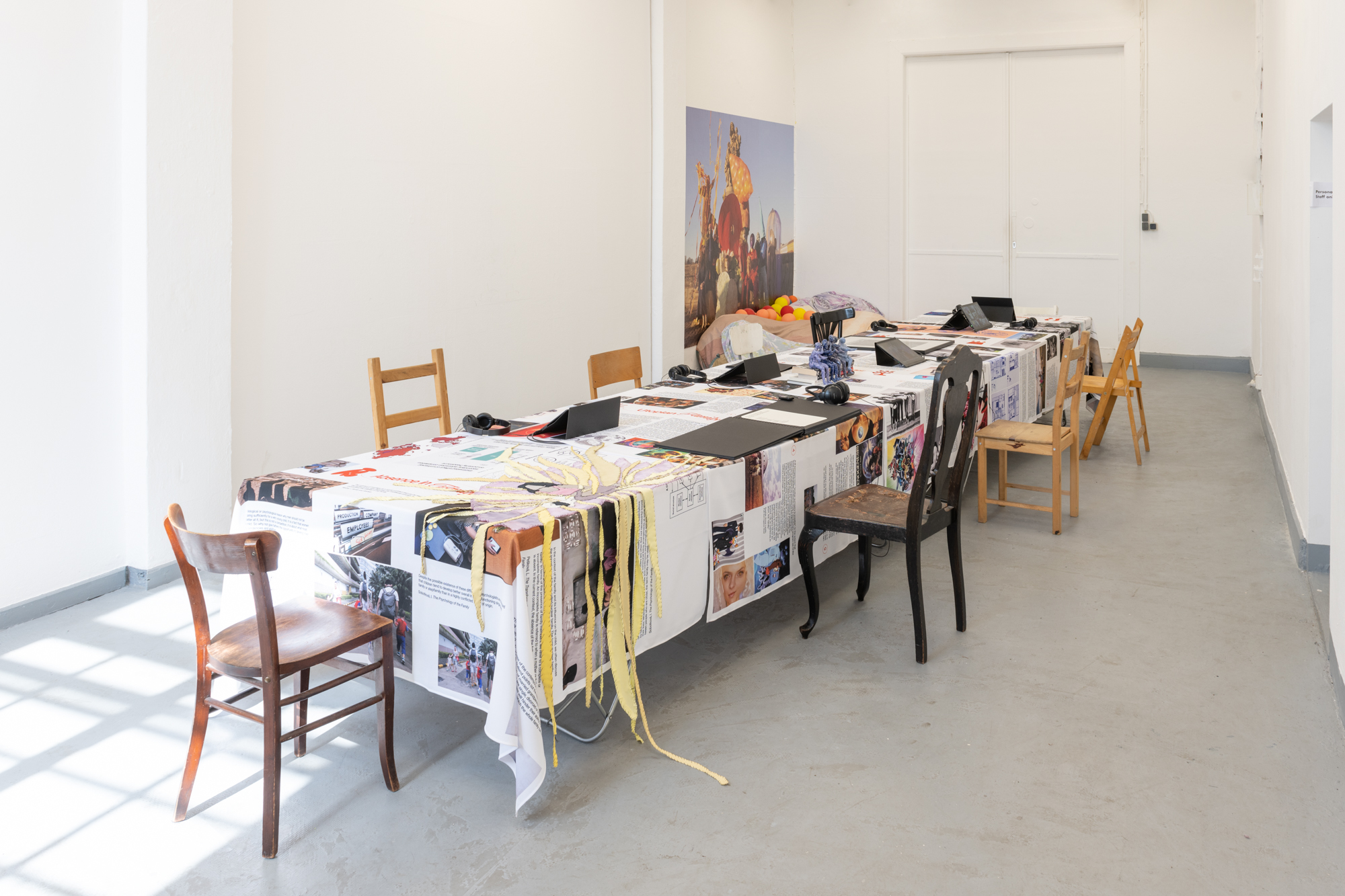 Dr. Katharina Koch
Katharina Koch has been working as director and artistic co-director of the feminist art space alpha nova & galerie futura in Berlin since 2012. She holds a PhD in Cultural Anthropology from the Humboldt-Universität zu Berlin with a thesis on public art practices in Romania, for which she got a scholarship by the DAAD. She also holds a M.A. in Cultural Anthropology, Cultural Studies, Social Sciences and Gender Studies. Her fields of activity range from curatorial to academic-theoretical work. She has curated numerous art projects and made several documentaries as a filmmaker. Since 2019 (until 2023) she works as co-curator with Dr. Andreas Beitin and Dr. Uta Ruhkamp for the exhibition and publication project Empowerment (Art and Feminisms) at the Kunstmuseum Wolfsburg and in cooperation with the Federal Agency for Civic Education. Her main topics are feminisms, intersectionality, contemporary art, art and activism in public space.
CV_Katharina-Koch

Sylvia Sadzinski
Since October 2019, Sylvia Sadzinski has been working as program director and artistic co-director of alpha nova & galerie futura together with Katharina Koch. She studied Cultural History/European Studies in Bremen and Valencia (Spain) and Literary and Cultural Studies at the European University Viadrina Frankfurt (Oder) and completed the course Curating the Contemporary by Goldsmiths’ London. She was a research assistant at the Institute for Women’s and Gender Studies of the Johannes Kepler University Linz, Austria. She has been teaching regularly at various universities and art academies since 2015 and is a lecturer at the Node Center for Curatorial Studies. From 2017 to 2019 she was curator of the municipal and public Galerie im Turm in Berlin and curatorial trainee at Kunstraum Kreuzberg/Bethanien. Since 2012, she has regularly been realizing various cultural and curatorial projects, often collaboratively, among others for Kunstverein Dresden, Schwules Museum Berlin, Kunsthalle Exnergasse Vienna, Kunstraum Kreuzberg/Bethanien and with the nomadic project space Neue Berliner Räume. In her own curatorial and academic practice, she focuses primarily on queer and feminist epistemologies, affect theories, body politics, and visual resistance practices by reflecting modes of queer and feminist curating as institutional and infrastructural critique. www.sadzinski.de

Dorothea Nold
Dorothea Nold was co-director and artistic co-director of alpha nova & galerie futura from 2015-2018 together with Katharina Koch. She is a sculptor and installation artist. She studied at the École nationale supérieure des beaux-arts Paris. Nold has been writing a PhD since 2013 at the HfBK Hamburg with a scholarship from the Cusanuswerk. In her research project she investigates the transformation of secular spaces into religious places in Berlin and Istanbul through Christian communities. She analyzes the interaction of space, image production, multimedia objects and elements as well as rituals regarding the emergence of a specific atmosphere. In her artistic work Nold deals with transformation processes of physical and social spaces, its connections, intersections and interdependencies. Her sculptural interventions explore its limits and borders and also its convertibility.

Dr. Marie-Anne Kohl
Marie-Anne Kohl was co-director and artistic co-director of the feminist art space alpha nova & galerie futura in Berlin from 2012-2015. She finished her PhD in musicology at the Hochschule für Musik und Tanz Köln, supervisor Prof. Dr. Annette Kreutziger-Herr, in 2014 with the thesis Die frühe vokale Performancekunst als feministische Praxis – Meredith Monk und das künstlerische Kräftefeld Downtown New York von 1964 bis 1979, supported by a scholarship by the Mariann Steegmann Foundation as well as by the DAAD for a research visit to New York City as visiting scholar at the NYU. Anne Kohl holds a MA in Musicology and Gender Studies from the Humboldt-Universität zu Berlin, and in Media and Communication Studies from the Freie Universität Berlin. Her fields of activity range from academic-theoretical, curatorial to artistic work with a special interest in topics like feminism, participative and performance art, contemporary music, vocal music, decolonisation.