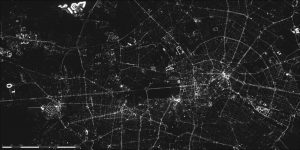 (in English but with possibility of questions in German)

Contemporary Berlin fashions itself to be a “European metropolis”. In 1884, Berlin was host to the so called “Berlin Africa conference”. Colonialism is over? Coloniality is deeply engrained in Berlin. Informed by their experience as co-organizers of the “Decolonize the City!” conference in Berlin in September 2012 Noa Ha and Nika Zablotsky will discuss processes of Decolonization as a sustained political practice. Departing from the position that discussions of the city have so far only insufficiently addressed who is being displaced, controlled and marginalized, they foreground an queer anti-racist analysis which emphasizes the everyday struggles and resistance of postcolonial immigrants and people of color who are most affected by racist police violence, deportation, exploitation and discrimination in the education system, which they fight back since many years. This lecture will point to prospects of Decolonization of and in Berlin.