GIRLS TO THE FRONT 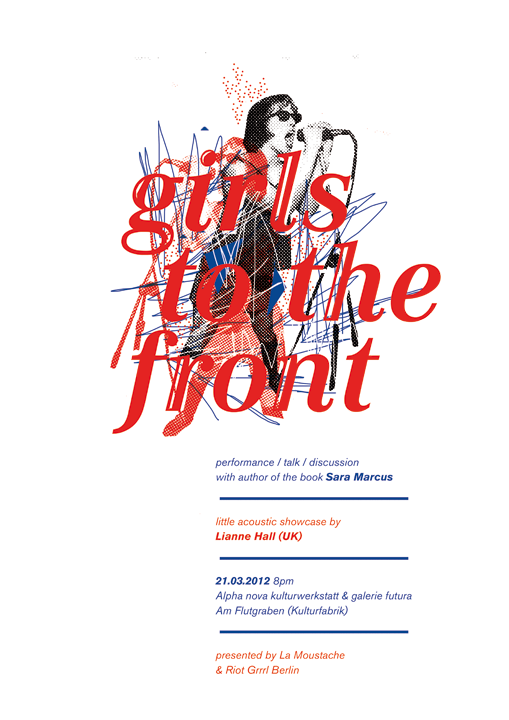 GIRLS TO THE FRONT: The True Story of the Riot Grrrl Revolution

Lecture/performance and discussion with author of the book Sara Marcus

… Plus little acoustic showcase by Lianne Hall after.

„Girls to the Front is the first meticulously researched book about Riot Grrrl. I usually don’t get behind projects like this cuz they are usually really bad but I think this book is pretty on.“
—Kathleen Hanna

„Sara Marcus’s Girls to the Front is not only a historical rockument of the revolutionary 90s counterculture Riot Grrrl movement, which birthed the DIY feminist punk scene, but also a rousing inspiration for a new generation of empowered rebel girls to strap on guitars and stick it to The Man.“
— Vanity Fair

„Stirring. . . . Eloquent. . . . Like Legs McNeil and Gillian McCain did in Please Kill Me. . . Sara Marcus’s Girls to the Front tells the story of Riot Grrrl, one person at a time.“
—Bitch magazine