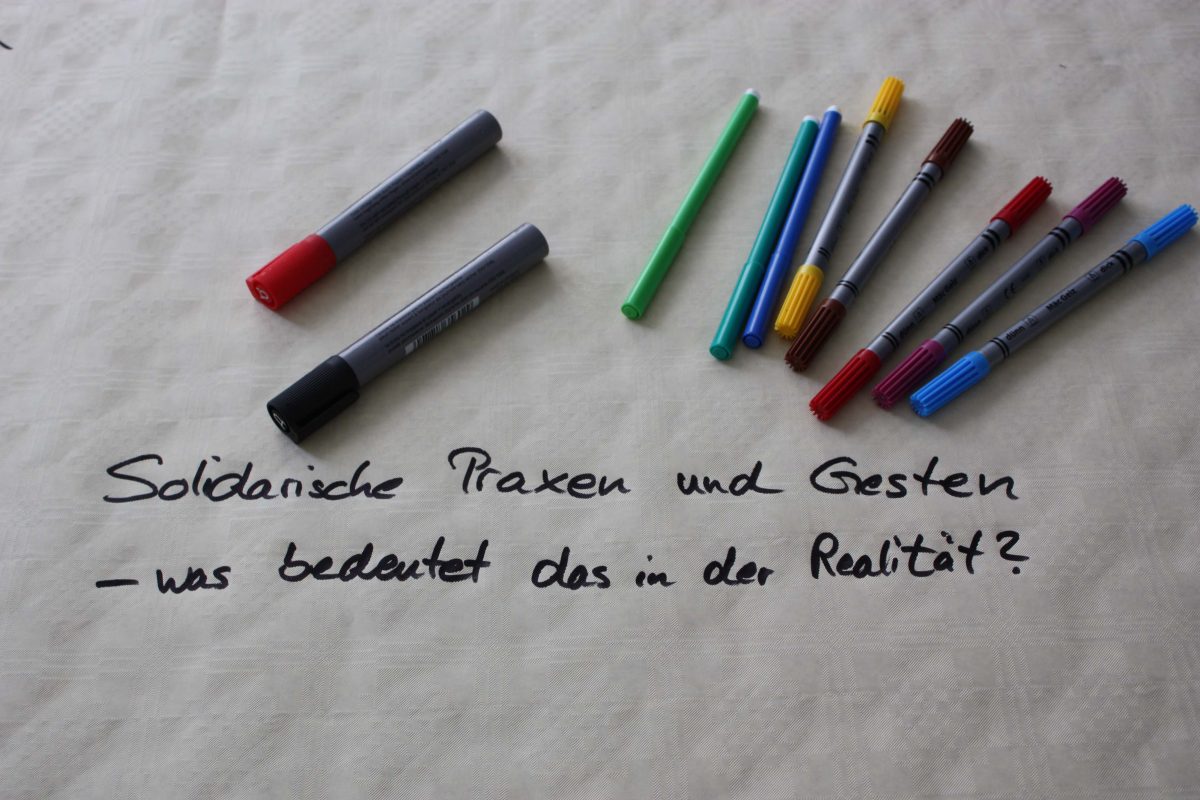 With the workshop we would like to interrogate the Berlin art scene as a precarious labor field from a feminist perspective. That the working conditions of many cultural workers are becoming ever more precarious is not a new phenomenon and accompanies a general precaritization of many areas of working and living through rising rents, insufficient wages, uncertain conditions, and the reduction of social services. In recent years, these developments, which we deem a crisis, have been dealt with by players from the fields of art, culture, activism, and academia in numerous discussions and debates from which they have developed different strategies and possibilities for acting. Therefore, we do not want to merely thematize the precarious conditions anew, but rather take the continuing crisis as a starting point to examine it in light of its productive and creative possibilities. Additionally we want to collectively fathom potential feminist perspectives and approaches and to discuss them and campaign for them as possibilities for political action.

The foundation for such a perspectivation is for us the confrontation with powerful structures and unequal conditions for access that are based on gender, race, and the social, cultural, and political background of people involved, as well as with inclusions and exclusions that structure the artworld we address. The contemplation of our own involvement in and reproduction of these structures should thereby be immanent. At the same time, it is about fathoming and campaigning for forms of solidarity and collectivity and to develop strategies to intervene in the prevailing conditions. How can “the crisis“ (global economic and social crisis) be used effectively in order to bring the worsening social inequality conditions into crisis? We offer a two-day workshop. In the first part of the workshop we will start with four short presentations. Afterwards, their questions are worked on in small groups based on the format of a “World Café” [1], the results of which will be compiled with the entire group to close the workshop. 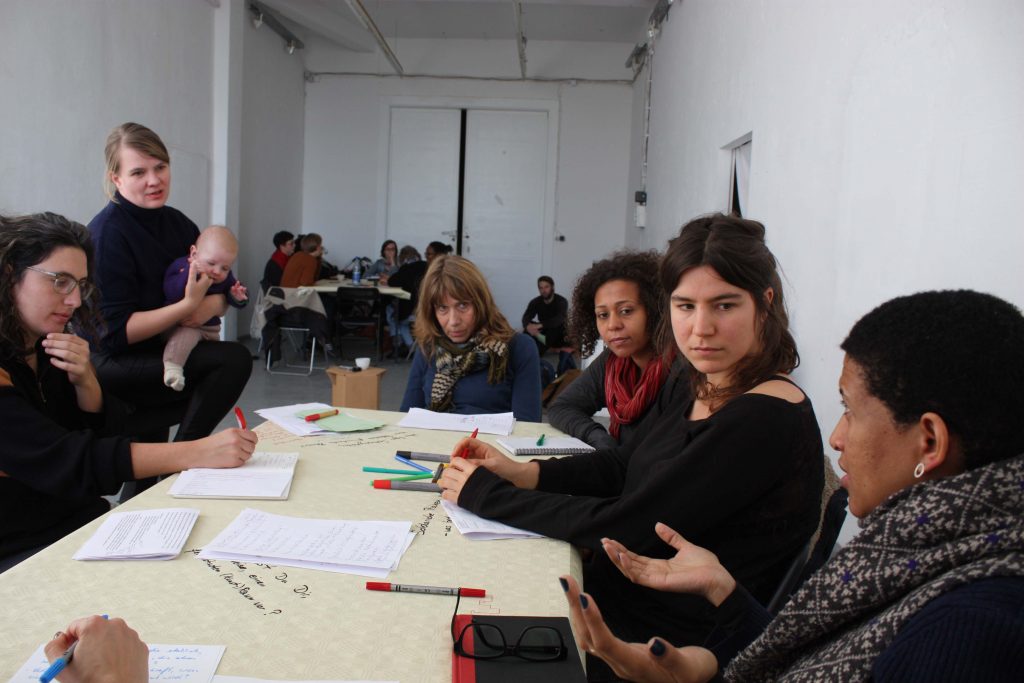 Following Cathy Cohen’s radical theory, black, POC, and queer artists would be stronger if they worked together in a more targeted manner. On the other hand, these communities have different interests and movements that they represent. What is possible, what makes sense? How will that be strengthened or mitigated taking intersectionality into account?

Which ideal claims are connected to the production of feminist (art)spaces, and with which realities are they confronted? Practical everyday work regularly pushes us to the limits that remind us that we are also part of powerful structures that (re-) produce explicit and implicit exclusions. These limits relate to, among other things, questions of fair payment and precarious working conditions as well as the questions about the people actually involved in this space. What does a practice of solidarity mean within this context?

Black and POC artists often define their success differently and follow different strategies to implement their visions. However, according to the dominant opinion, an artist can first be described as successful if their art also attains recognition within the framework of the white art canon. Thus, the question is raised whether black and POC artists should create their own spaces in order to ultimately free themselves from the acceptance of an antiquated ideal that continues to represent the oppression of non-white people. Or is it worth striving for the appearance of old and still generally valid structures?

“How do we work in self-organized groups?” (Inga Zimprich)

In the artworld the majority of activities not designated as work are performed by women. Women also take over maintaining and caring for structures and the community in self-organized fields in particular, often without payment. Demands for exhibition fees do not cover these activities. In an attempt to fight back against precarious working conditions, we work in collectives. However, social and economic pressures also affects our self-chosen working relationships, especially in a field that is as fundamentally shaped by relationships as art. How do we deal with mistrust and competition in groups? What means do we have to address them and to thereby enable long-term collective work?