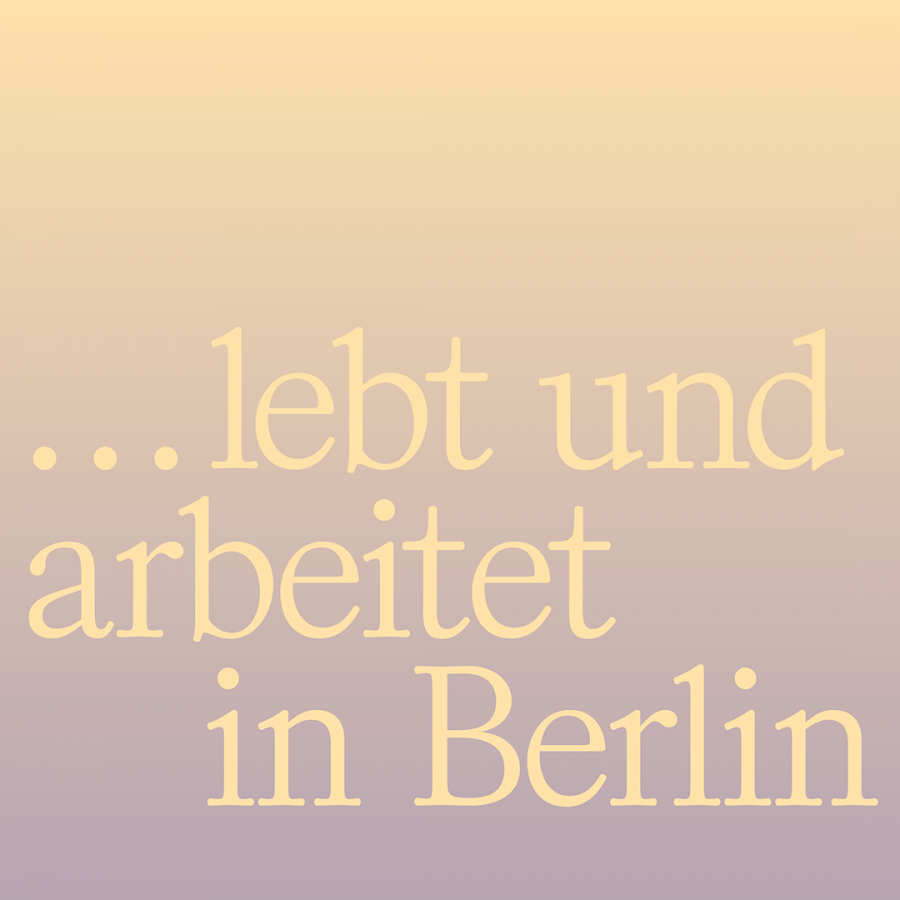 With …lebt und arbeitet in Berlin […lives and works in Berlin], Sonya Schönberger dedicates an installative video work to the different motivations, expectations, and realities behind female labor migration to Berlin. Ten artists and cultural workers who came to the city for their own reasons in recent decades from different countries, and in different phases of their lives, enter into an exchange with one another and share their desires, expectations, and experiences.

Berlin has always been a place associated with the conception of a better, more secure, and freer life. Today, Berlin is a city of newcomers more than ever. A city that embodies a place of refuge and longing for artists and cultural workers, where self-realization seems possible.

Not only do private motives become visible in the personal stories of the interviewed women—such as their search for work, production spaces, networks, and first and foremost a self-determined life— but also structural difficulties and social hurdles that are linked to migration in general, and particularly to labor migration. Their individual stories elucidate collective as well as social and political structures within Berlin, in which experiences of exclusion in general and sexism, racism, and classism in particular must continually be negotiated. At the same time, this provides an opportunity to deal with questions about current and future collective social life in the city, particularly regarding the social and professional equality of women. The arts and cultural sector in particular continues to be strongly characterized by structural inequalities. How do we want to, and how can we, live together in a multi-pluralistic urban society? How can we mutually support one another in solidarity and thereby actually live out self-realization and self-empowerment?

The exhibition project …lebt und arbeitet in Berlin expands the video archive Berliner Zimmer, which Sonya Schönberger initiated in collaboration with Stadtmuseum Berlin. She has created an interactive, ever-growing archive of video interviews with Berliners since 2018, which is accessible online anytime and will be preserved long-term as a digital component of the city’s historical collections.

Sonya Schönberger‘s artistic practice combines her studies in ethnology and experimental media design. In recent years, she has built up a long-term archive for which she conducted private conversations with witnesses of the Second World War in various countries. Through this “archive of memories”, she studies the impact of a nation’s traumas on future generations. She also works with existing archives such as the estate of journalist André Müller, who documented the postwar period in West Germany by critically collecting influential voices, and the findings of an archaeological dig to uncover the World War II POW camps at Tempelhofer Feld in Berlin. Currently, she is also focusing her work on the relationship between society and nature, using plants as an example to examine the effects of colonial expansion. Depending on the project, she uses various media such as photography, theater, film, installation, or audio formats, or a combination thereof.
www.sonyaschoenberger.de