Between The Beginning of Sense and The Chaos of Feeling 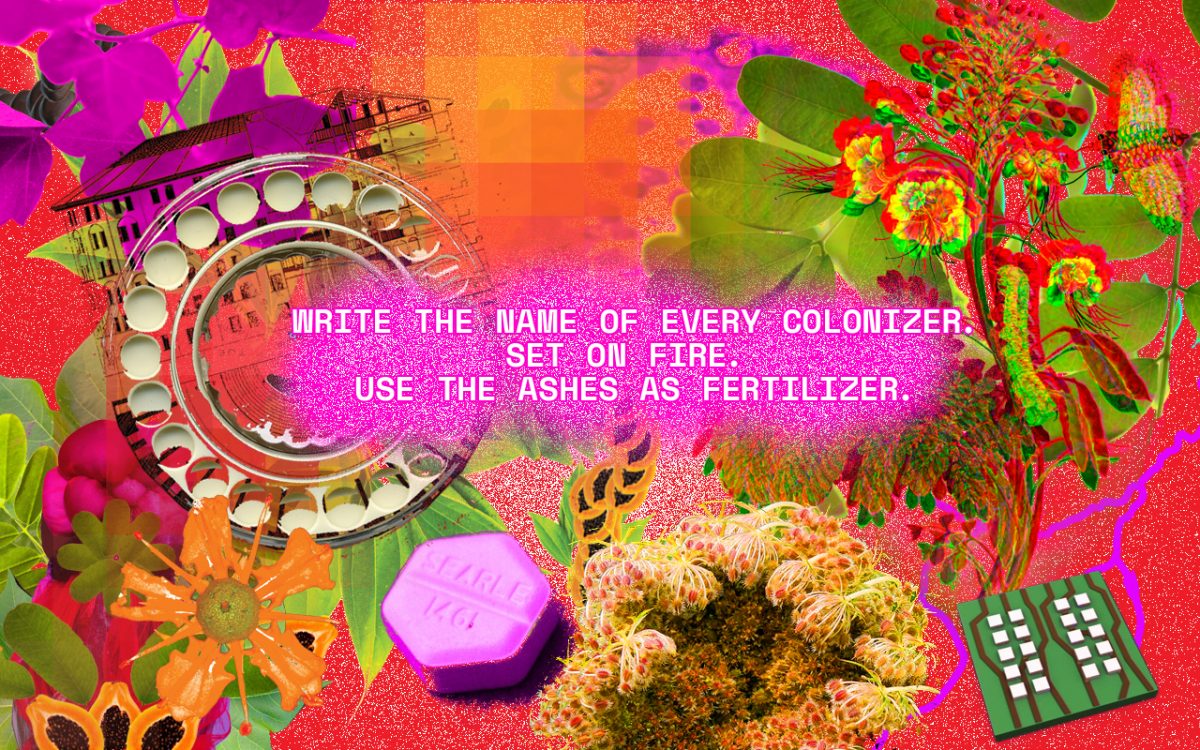 Luiza Prado de O. Martin - "All Directions At Once"

Luiza Prado de O. Martins
Between The Beginning of Sense and The Chaos of Feeling: A Multispecies Banquet

The event series [Digital] Feminist Present Futures is dedicated to the feminist exploration of the Internet at the interface of technology, art and activism. It is also about exploring the entanglements of digital and analogue forms of knowledge production.

Luiza Prado de O. Martins performance explores notions of sharing and abundance in distinct timescales, in a critique of the de-population discourse directed at the Global South within the context of the climate crisis. The work revolves around Luiza Prado de O. Martins GiF-essay ‘All Directions At Once’ – where one needs to maintain their cursor still in order to allow the words and images to unfold as well as a meal of traditional Brazilian dishes prepared for the visitors with ingredients that lead a double life: they are known food sources, whilst also being used in herbal preparations meant to induce fertility and lust. The dishes served are safe, not meant to provoke any adverse effects. Rather, they are meant to nurture conversations on the suppression of sexuality and reproduction of marginalized groups; notions of radical care; the sensual and poetic dimensions of herbal remedies.

In the context of the current climate emergency, the rhetoric associating environmental degradation with overpopulation has experienced a resurgence. This discourse is most often directed at already marginalized populations — which are framed as taking too much space, being too fertile, too sexual, too excessive in their needs. These arguments are translated into calls for the surveillance of fertility, framed as necessary and beneficial for the entire world’s population. The uncomfortable fact of the Global North’s perpetual hunger for disposable goods, exploitable bodies, and natural resources—all key factors in the ongoing crisis—often remains un- or under-examined. Instead, the blame is shifted to those existing under the duress inflicted through centuries of colonial domination.
Luiza Prado de O. Martin’s performative work creates an environment in which digital and analog discourses are linked and examined in terms of the importance of time and its influence on relationships, affects and care work.