'The Book of S of I' is the first part of the fantastic sci-fi saga in three chapters about seeking and finding community. It is about the desire to belong, about the power of mutual care and the yearning for tenderness. 'The Book of S of I' is a queer-feminist tale about the utopian power of friendship, self-love and the pleasure of the body. Creatures born from Hopeless is Malu Blume‘s first experimental short-film and has been created in a close collaboration with the Vienna-based film collective HEKATE and a with the support of the sponsorship award of the Arthur-Boskamp-Foundation. 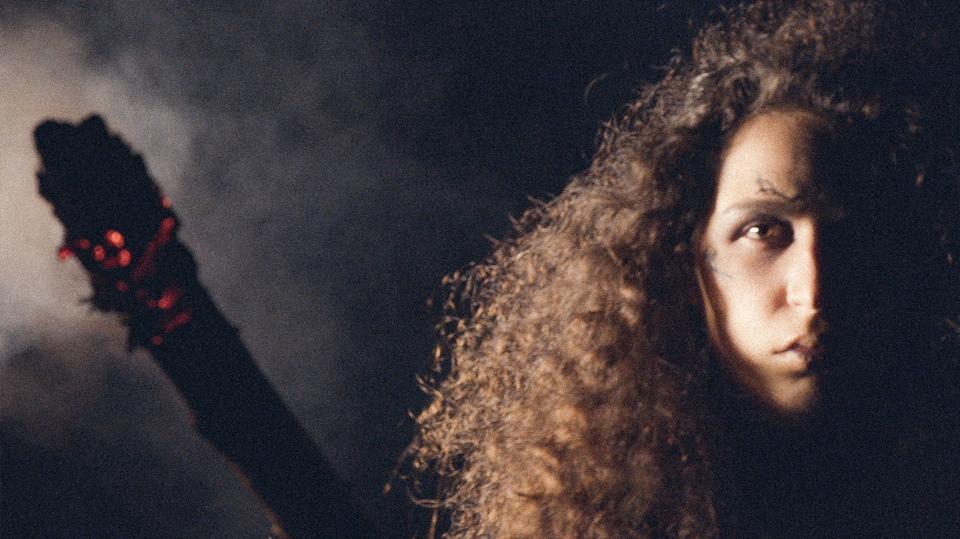 How do you understand care in your work?

By care, I refer to a broad discourse that spans between concrete care work in the private or professional sphere and reproductive work in the broadest sense, which also includes emotional dimensions of caring. By care, however, I also mean a “caring” attitude that is at odds with the demands of neo-liberal society. I see care as a necessary and radical queer-feminist strategy to create and maintain connections beyond normative models of relationships. For my artistic practice, care is also an important principle for shaping collective work processes – for example, by substituting friendship, caring for each other for the desire for productivity and mutual competition, and thus not subordinating the process to the end product.

What potential does sci-fi have for a feminist artistic practice in general or your work in particular?

Sci-fi and/or speculative fabulation are tools for me to imagine other worlds, and to ask what we might have become. For me, this is really about the search for another present, for which we look both to the future and to the past to find traces of such transgressive moments that tell how our world could be another. Powerful structures are embodied, we have learned to repeat them in our routines, our thinking and feeling, even when we try to work against them. I believe that collective imagination can be a way of moving sideways, and dreaming together about other ways of being together, and thus opening up new spaces of possibility.

What does your feminist utopia look like, or how have utopias, their content and urgency, changed for you as a result of the pandemic experience?

My own most urgent feminist utopia feeds on the need for belonging and queer lines or networks of connection that enable collective action. With The Book of S of I, I have aligned myself with a radical vision of a caring society in which caring is not a devalued, invisibilized, or out-sourced domain, but is valued as a central resource of social organization. The urgency of this utopia has only been reinforced by the transformation of everyday social life in the pandemic. Living in caring communities that transcend the nuclear family has become almost impossible under current conditions. A pandemic crisis like this also makes us feel, in some painful ways, that we are precisely not autonomous individuals, but that our lives are multiply interconnected in interdependent ways. At the same time, the circles in which we care for each other, the horizon within which we (can) care for others, or simply touch each other, have become unbearably small. With the intensification of the so-called care crisis during the Corona pandemic, care work has been briefly discussed on a broader level as a systemically relevant field, but continues to struggle for recognition. Those who perform care work, as wage earners as well as caring and nurturing relatives, continue to be structurally abandoned in this precarious situation. The urgency for an utopia in which care is the basic principle of collective organization is not new at all, but its explosiveness has certainly increased in the course of the last 12 months.

Malu Blume (*1988) is an artist and cultural mediator living in Berlin. They realize their artistic projects in changing collective contexts. In research-based work cycles, they dedicate themselves to the connections between care politics, friendship and queer femininity. In 2016 they graduated from the Master in Critical Studies program at the Academy of Fine Arts Vienna. In 2019 they received the Arthur Boskamp Foundation Grant in the context of which they realized their first short film The Book of S of I in close collaboration with the friendly collective HEKATE Film Collective.  They are currently a member of the queer-feminist studio collective Altes Finanzamt in Neukölln, Berlin.
www.malublume.de