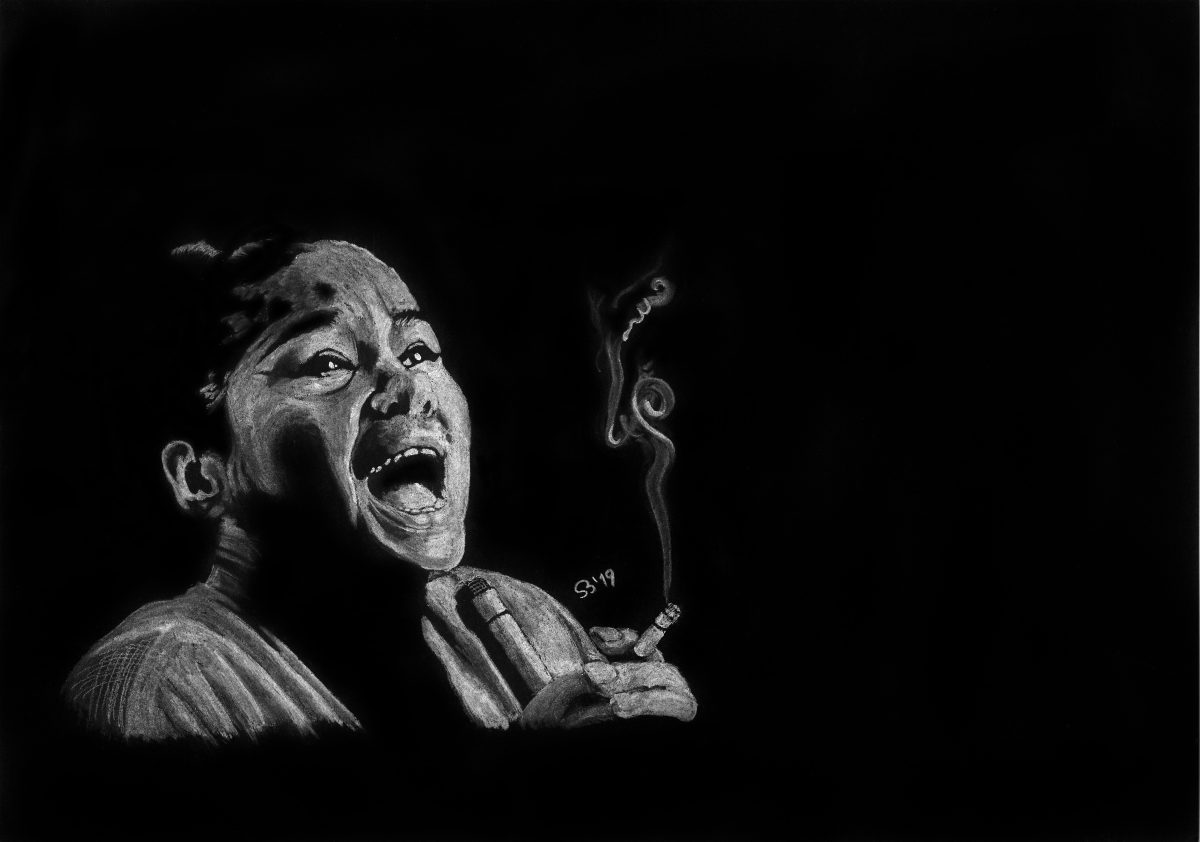 “Only Women Bleed” – In 1975, Alice Cooper used his song to draw attention to domestic violence, which mainly affects women. Statistically, in Germany every hour a woman is dangerously injured by her partner and every fourth woman has experienced physical or sexualized violence in a partnership at least once in her life.

One of these women is Tina Turner, who sang that song before she could flee from her violent husband. Singer Etta James also interpreted Cooper’s song, which can be read as a reference to her own abuse by her stepfather. Again and again female jazz, rock and pop singers draw attention to violence, misogyny, sexism and racism in their works. What unites all these women is their inspiring strength, presence and attitude not to give up. This exhibition is dedicated to the women and the icons and celebrates their strength, energy and charisma despite discrimination and violence in drawings and an accompanying music program.