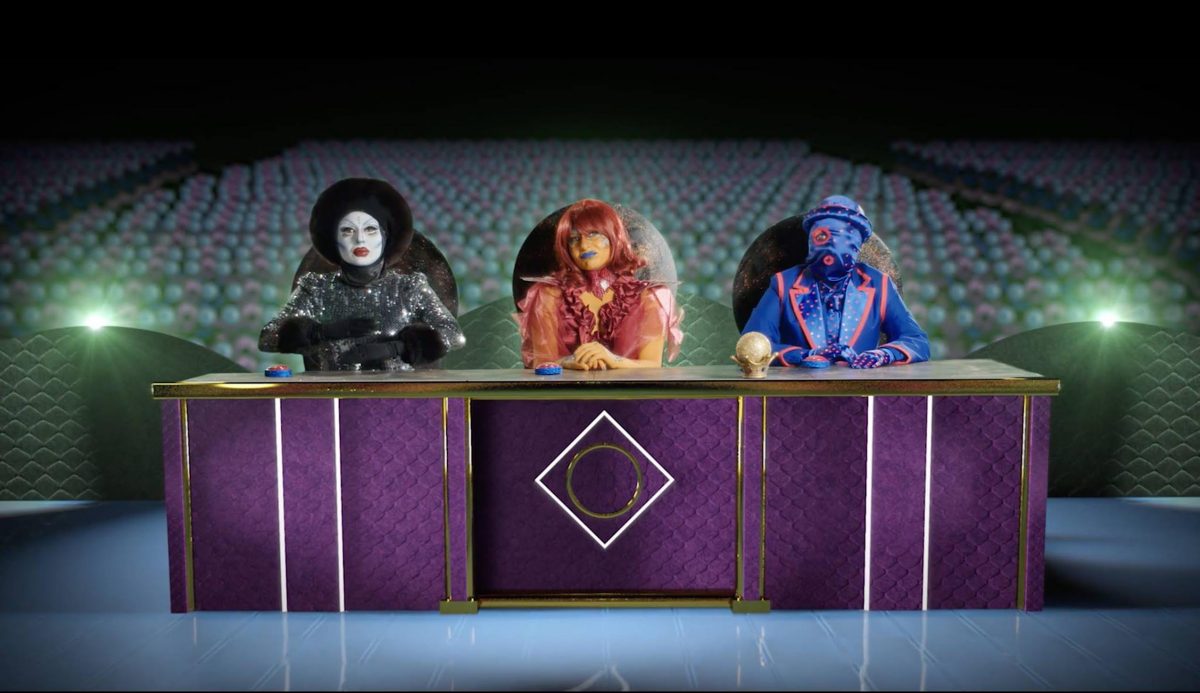 Celestial Throne, Digital Video, 2022
Celestial Throne parodies the tropes endemic to a classic game show, specifically Jeopardy!, where clues are provided and contestants guess the answers. The clues in the game show expose coded internet dialect, iconography, memes, and aesthetics used by far right hate groups to disseminate the movement’s political ideologies, spread messages of animosity and to lure recruits. The work features a series of characters all performed by the artists. The characterizations deconstruct racial stereotypes, while the videos are a pointed critique of far-right internet extremism.

SuperNova, Digital Video, 2018
SuperNova is a talent show parody that consists of seven characters the artist performs. The performers are Oreo, Fatimeh, and Coco and each of their acts examine issues of race and ethnic performance; Oreo performs a magic trick with a deck of white “race cards,” Fatimeh sings and performs a neo-orientalist ethnic identity and Coco performs a dance as a liminal and hybrid subject. The characters perform in the galaxy Messier 82 and present their talent in front of a panel of judges; Sirius, Mira and Bellatrix. SuperNova examines the socio-political, temporal, linguistic and spatial factors that contribute to the formation of identity and the talent show sets a stage to critically examine race and ethnic performance. 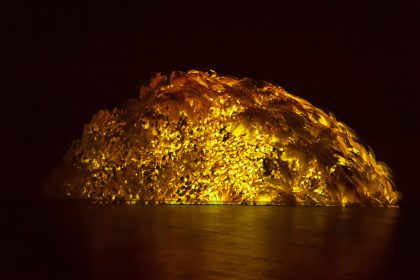