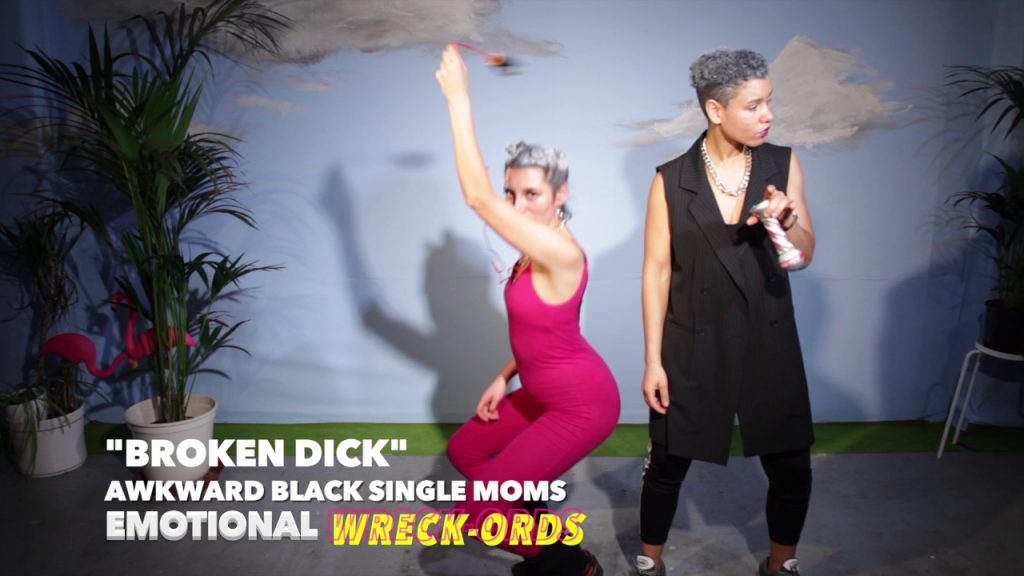 This web series as socially engaged art project is a futurist Golden Girls, situated in a brown, black, and female European art world. Join us for a juicy evening of laughter and revolutionary gossip, as we debut 2 new episodes made at alpha nova & galerie futura: “Broken Dick”, our first music video with the Awkward Black Single Moms, Melody Laverne Bettencourt and Judy, as well as “hunters and gatherers”, Bettina Semmer’s and Sara Umar’s meditation on dating younger men.

The performers will be there to answer questions about the topics they wrote about and their experience in collaborative film making. The screening will be proceeded by a series of performances by friends of the Golden Brown Girls.

The Golden Brown Girls project was founded in 2014 at Goldsmiths University of London by visual artist Shannon Lewis in partnership with her colleague Indrani Ashe. Soon after they invited another artist and Goldsmiths graduate, Sara Umar and an informal collective developed, with each iteration involving new participants. We envision this project as a social machine: a method of imagining our future, a stage for our political concerns, and a way to create new social structures with like minded  individuals.