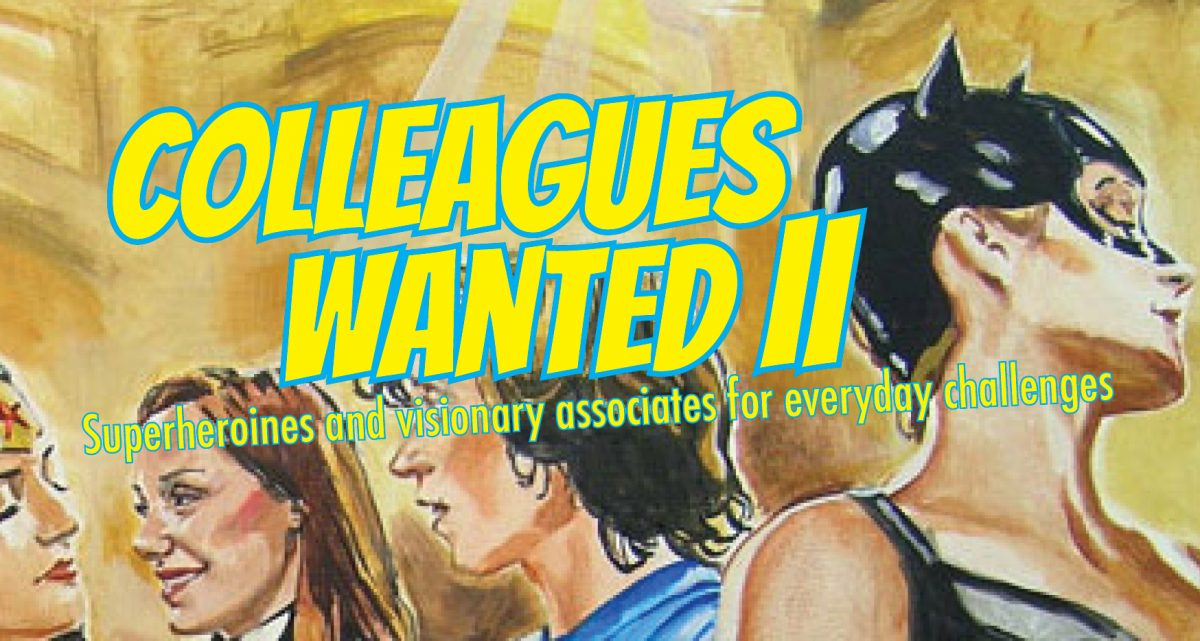 Superheroines — what makes them? How do characters, desires, and ideas change depending on the socio-political context of their creators? How do superheroines become role models in a world shaped by inequality?
Two consecutive exhibitions featuring photography, video, painting, comics, installation, and conceptual art pursue the potential of fictional characters and stories to unsettle normative and racist systems of knowledge and representation. Depending on the context they were created within, other realities are shown, specific needs and urgencies are brought into focus, and other conceptions of a “more just” present and future are formulated. What does it mean within this framework to adopt a feminist, decolonial perspective on (everyday)superheroines?
Much critical work has already been done on the superhero as the epitome of heteronormative, white masculinity. Instead of saving the world, female characters are often helpers or seductresses. Homosexuality is marginalized. A first glance shows a diversity that extends beyond this dominant “western” view: gender binaries and racist representations are frequently countered in often hidden stories. Dealing with the design of the superheroine also leads to concepts like that of the everyday heroine, who makes concrete references to reality, and question the heroic term as such.
As characters’ creators often become everyday heroines themselves in their respective creative environments in the male and white dominated world of art- and comic producers, Colleagues Wanted is dedicated to both the characters as well as the speaker positions and their backgrounds.
The exhibition brings local and transnational artists together. In times in which autocrats and right-wing populists are causing a furor, visionary counter-models are necessary. Therefore, the project also points towards the inherently empowering potential of the superheroine to engage in shaping the future.

Croatian artist Helena Janečić will create a mural live in the spaces of alpha nova & galerie futura specifically for Colleagues Wanted II. This wall drawing depicts female superheroes like Catwoman and Wonderwoman in their extreme sexualisation. Janečić sets the figures in dialogue with one another. They speak about the stereotype that they themselves propagate, commenting on their costumes as a part of it. In other drawings, Horny Dyke, Janečić’s queer super hero and alter ego figure, questions these stereotypical models of femininity: which super powers are imaginable for us, and how are these connected to our understanding of sexuality and gender?

Irena Jukić Pranjić, also from Croatia, devotes many of her comics, drawings and animations to the figure of Catwoman, whose origins lie in Balkan mythology. Hollywood adaptions have made a cliché socially acceptable, showing the figure predominantly as a wild, animalistic woman and oversexualized thief – an attribution that this region has encountered for centuries through the “West”. Jukić Pranjić, like other of her colleagues, develops counter-models in her works that resist this stereotype, depict other characteristics and (super) powers of the figure, and offer new narratives. In alpha nova & galerie futura, Pranjić presents a selection of these works. Her video Gamer Girl, utilising computer game graphics, thematises a woman’s difficulties in breaking out of seemingly immutable gender roles and stereotypes.

Group Portrait (2014, work in progress) by h.arta, a female artists’ group from Romania, is oriented to a traditional form of photo montage. Purely speculative, the work combines individual portrait photographs of women around the same age. It makes connections between past and future, tradition and progress. At the same time, the meanings of these concepts are undermined and questioned. A comprehensive collective chronology is displayed next to this photo montage. It shows the living circumstances of three generations of women in Romania between 1920 and the present, between friendship, career and family. The focus is on social utopias in their historical contexts as well as the personal visions of women who, together, structure their lives to go beyond the traditional small family unit.